Joseph Okonski arrived in New York City with his parents Mathias and Mariana on the ocean vessel Cambria on October 4, 1873. This would be an unbelievable trip experience for anyone especially for someone who was only 2 ½ years old. Mathias, Mariana and Joseph somehow had to make several additional daring trips by boat and wagon trains and finally settled in Bremond in  Robertson County, Texas.

The migration of many Polish families during 1870’s and 1880’s to  Bremond, Texas in Robertson County was for a better but hardworking life as farmers and workers primarily in cotton, tomato and corn fields. Many of the families were very large and eventually made  Bremond, Texas the “Polish Capital of Texas”.

Their second child, Mike Okonski born June 23, 1895 and died January 2, 1926 and is buried in St Mary’s Cemetery in Bremond, Texas. Mike returned as veteran in World War I with TB and died shortly thereafter. 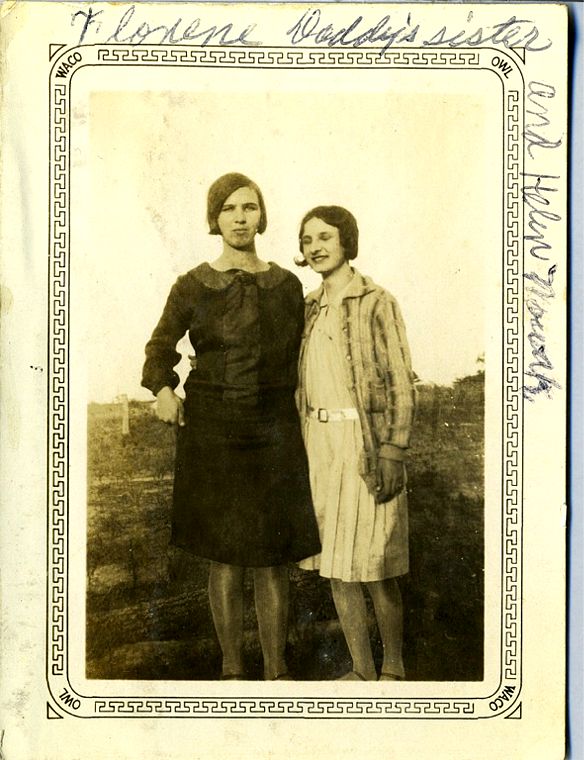 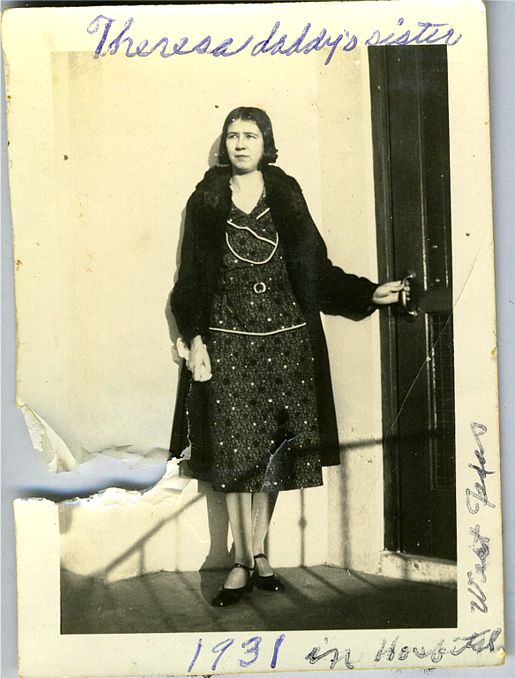 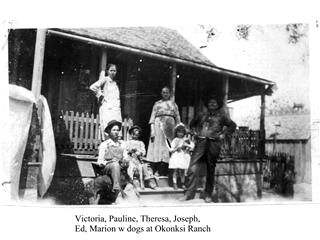 All ten children for Joseph and Victoria Szturemski Okonski and the seven children for Edward L and Helen Novak Okonski were born at the “Old” Okonski Home (still standing) on Tidwell Prairie in Bremond , Texas .

Joseph Okonski was a farmer and did many various Jobs for families located in Bremond , Texas and surrounding communities. Joseph also took a pair of horses and wagons and went to Galveston , Texas to work on building a seawall after the 1900 Disasterous Hurricane that killed several thousand people. Joseph and Victoria provided for the very large family fairly well working a large garden and orchard as well as farming tomatoes, cotton, and corn. They were able to clothe, feed and provide for all the children while accumulating quite a bit of land that was later divided among the children.

Joseph must have been a person of many talents including digging wells, working on bridges, farming, working a very large garden and orchard. He even grew his own tobacco that was dried on their large porch. He would gather some of his children to assist other families in building barns, homes, various smoke houses, chicken/poultry houses and outdoor toilets. Victoria must have been an excellent wife to provide food for so many children utilizing the wood stoves and butchering the various poultry and meat for all meals. Most of the vegetables and fruits were canned in quart, half gallon and gallon jars that were tasty for all seasons of the year. Syrup was made from ribbon cane. Pork sausage and patties were also fried and canned. Homemade bread was made every day to feed this large family. Joseph and Victoria donated money and much of their time to many people especially in assisting their children in getting married and getting started in life

Joseph loved to drive his Model T Ford on Sunday’s to St Mary’s Church and visit other Robertson County families. They also enjoyed visiting and listening to the many Okonski and nearby musicians who seemed to look forward to getting together on Wednesdays, Fridays, and Saturdays in having some fun after a long hard day of work. Most of the toys were hand made for the children. Having a good group of dogs that would hunt squirrels and other animals was also a fun thing for the family and friends to participate in. Some of the many types of horse drawn equipment that he purchased in 1900’s to 1920’s still exists. Most of the equipment and several horse and mule teams were trained and worked by his son Edward Okonski from 1920’s to 1940’s. Joseph and Victoria would trade any surplus crop with other Tidwell Prairie families for other fruits, nuts, and vegetables. 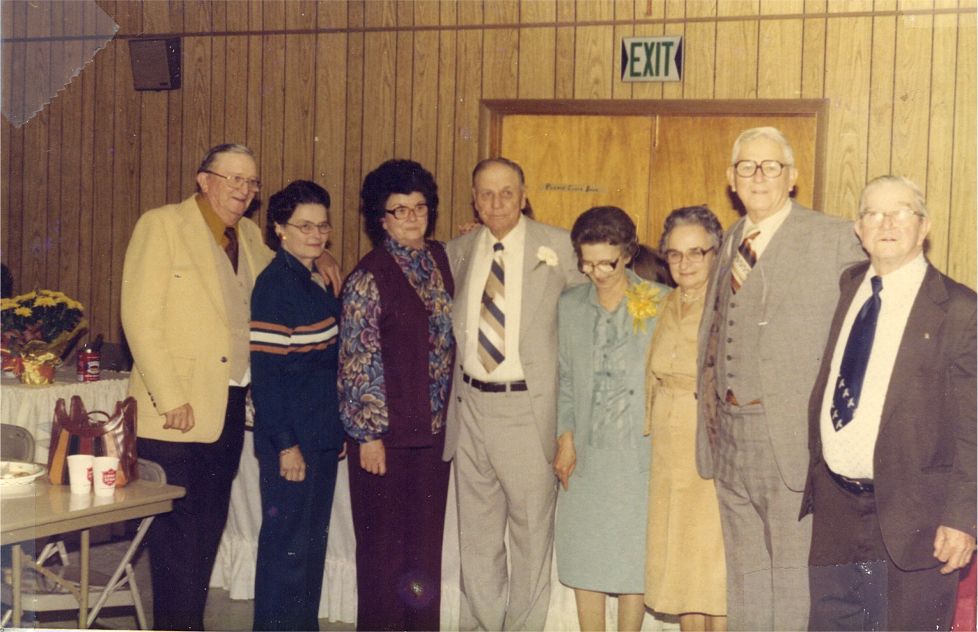 Victoria Szturemski Okonski died July 19, 1944. Joseph Okonski died April 10, 1945 less than 10 months after his wife passed away. All of the children have passed away and all but 2 are buried in St Mary’s Cemetery in Bremond, TX. 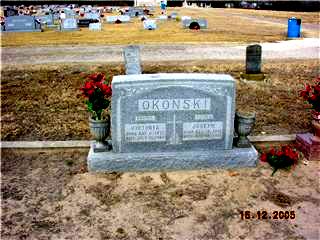 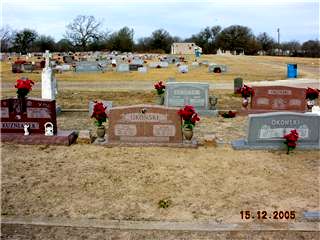